Column 36: The Performance of Pablo 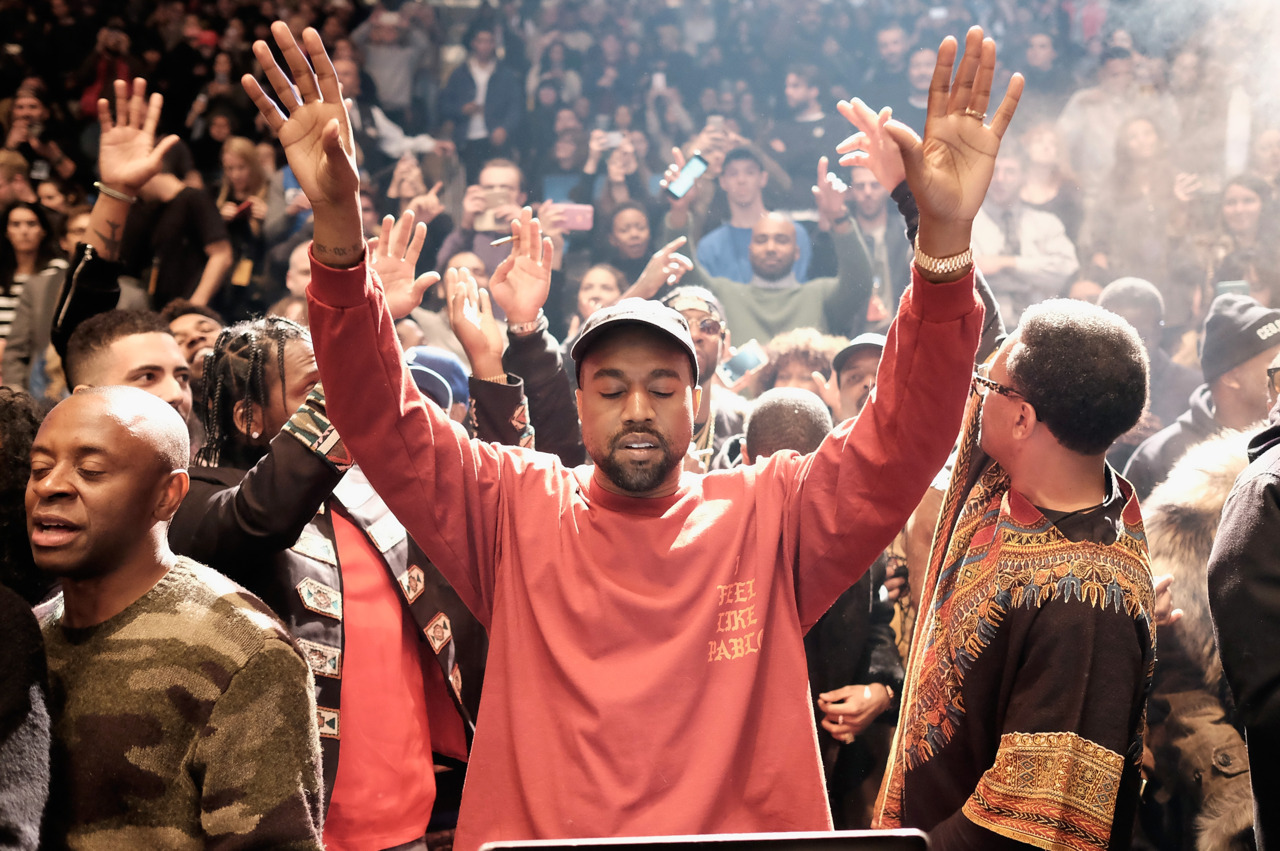 In Screened Plays I normally write about the relationship of film/television and music, that’s exactly what today’s article was originally intended to be, before this all got a bit bigger. Last week I had the pleasure of being part of the Yeezy Season 3 theater experience which was beamed into theaters in eighty cities across the world (including our very own Regal Elmwood) which would debut Kanye West’s new album and fashion line. While the show itself was rather unspectacular, essentially a glorified listening party with Kanye passing the aux cable around like a 2am Curb ride.

The album itself and it’s rollout however, have been far more fascinating. To the point where this week’s Screened Play will be looking at a far different performance, the one of Kanye’s release. Which is to say, do we now think there’s a chance this entire release has been performance art? Kanye has mistimed his Good Friday releases, come up with four different album names, shared false release dates and five different versions of the track list, hosted an MSG concert that was just a bunch of folks jamming to music off a laptop, and album art that looks like it was made by in Adobe Photoshop by a Middle Schooler. 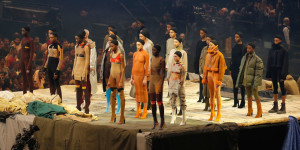 It all leads to an album where thematically Kanye is warring introspection, art, family, love, and religion with celebrity, money, hedonism, and status. Yet Kanye has always kind of been the embodiment of both. The music itself is intentionally disjointed, filled with sharp tonal shifts and contradictions that somehow fit seamlessly together. (Which now makes the art make so much more sense)

We’re talking about a guy who’s entire last album conceptually was about his own persona. He spent all of Yeezus playing with how he’s perceived by the media and society and intentionally blowing up the character of Kanye West to ridiculous proportions. He’s had all of the premieres of his fashion collections orchestrated by performance artist, Vanessa Beecroft, who he’s dubbed his favorite artist. His favorite filmmaker is Alejandro Jodorowsky who spent his entire career addressing his own personal demons and desires through surrealism. Anyone who saw the Yeezus or Glow in the Dark tours also knows that even Kanye’s live shows have a narrative or thematic arc.

He even named the album The Life of Pablo, invoking one of the most famous artists of all-time and one of the most famous drug kings (and rapper subjects) of all-time. (Also again reflecting the album’s battling subjects/cover work) He then covers the front album with “Which One???” over and over and then comes out and says “Oh yeah, it’s actually about St Paul (Pablo) of Tarsus”

Yet it all lead to an album this fully-realized and was somehow perfectly timed to drop after SNL. The whole album embraces and reflects on contradiction and Kanye has always played with identity and perception. Kanye seems way too intense and too much of a perfectionist for this release to have gone this mismanaged and still seem so happy with where he is right now.  Strange Wiz, Cosby, and Taylor tweets may be completely unexplainable, but it’s hard not to see some of this as too well coordinated to be random. Is this the biggest trainwreck of all-time, Kanye’s grandest performance yet, or is it both? As Kanye says himself “Name one genius that ain’t crazy”