Simply put, Love & Mercy,  Bill Pohlad’s loving tribute to the genius and struggles of Brian Wilson, is an effecting film and a rousing victory. Featuring two different actors in the role and chronicling the former Beach Boys mastermind’s life at two crucial junctures in his life: – his creative apex and fall during the mid and late 60’s (Paul Dano) and his lowest point in the 80’s (John Cusack) in the thrall of scumbag and now discredited doctor Eugene Landy – Love & Mercy is also a film about tremendous heroism. Not just Wilson’s artistic heroism after he stopped touring with the Beach Boys to stay home to create masterpieces and battle mental health issues, but also the heroism of Brian’s future wife Melinda (Elizabeth Banks) who’d eventually save him from Landy, and get him back out into the world where he is now. 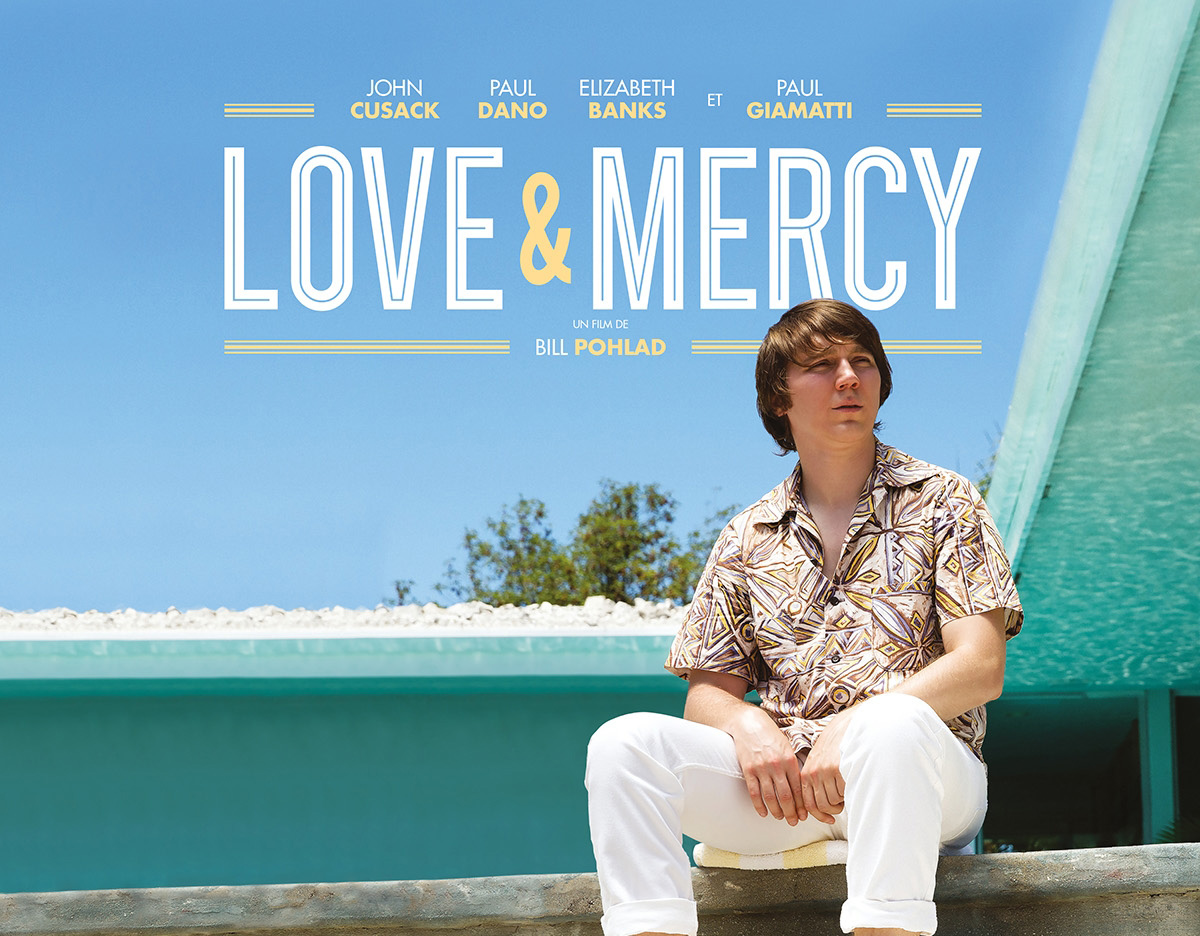 In terms of cinematic virtue, Love & Mercy is a tour de force. Wes Anderson associate Robert Yeoman exquisitely photographs everything, while composer Atticus Ross weaves a soundtrack featuring Beach Boys classics and studio recordings to depict the various time periods the film operates across and the interior struggles that Brian Wilson has struggled with. Dano, Yeoman, Ross, and Pohlad, however, are at their finest showing Wilson and the studio musicians known as the Wrecking Crew crafting the gems that would become the Beach Boys seminal work, Pet Sounds. Wilson fans and lovers of music in general will love these exhilarating sequences, especially in the theater where you can be surrounded by the sublime sounds pouring out of the speakers.

It all goes wrong of course. Pet Sounds isn’t an overwhelming success in the US (unlike in the UK, where it was a hit that also spurred on The Beatles and Pink Floyd, a shame still borne by the US in my opinion), and it’s follow up Smile got derailed by Wilson’s self-doubt, paranoia, and losing battles with bozo father Murray Wilson and the ever present jealousy of Mike Love. By the time he meets former model turned car saleswoman Melinda Ledbetter in the 80’s, he’d spent the better part of 15 years withdrawn from the world. These sequences, featuring Cusack, Banks, and Paul Giamatti as Eugene Landy are harrowing and brutal, showing the darkest aspects of the true mythology surrounding Brian while setting the stage for their eventual triumph, which is beautifully set to the tune of “Wouldn’t It Be Nice.”

It’s incredibly fitting that the end credits feature the live performance of the real Brian Wilson performing “Love & Mercy” at the Roxy in Los Angeles that announced to the world that he was really back and ready to play to live audiences again after a 40 year hiatus. After the highs and profound lows detailed with grace and respect in Love & Mercy, Brian Wilson not only survived, with the love of Brian and Melinda and the love of his fans, he came back stronger than ever. For lovers of music and American music, Love & Mercy is essential.