Column 31: It Follows, Unfriended, and Fresh Take on Horror Music

While the summer movie season has just begun with the box office wrecking ball of The Avengers, I thought it was worth taking one last look back at the spring.
Spring is often the dump season, where studios get rid of whatever excess cargo they deemed not prestigious enough for awards season or not bankable enough for the upcoming summer. This spring, however, featured some surprise success in what is one of film’s most frequently uninspired genres, horror.

Over the last couple months, movie goers were treated to the release of two brilliant micro-budget horror films, which not only found clever ways to rethink the supernatural slasher genre, but to also rethink the music of the genre. Let’s start with It Follows, a film built in the vein of 80’s John Carpenter horror films along with the nostalgic beauty and quiet melancholy of The Virgin Suicides. The film’s central conceit – an ever-stalking monster who’s target can only be passed to another through sex – could, in most filmmakers hands, play out as exploitative and hokey. David Robert Mitchell, however, uses this device as a catalyst, to explore the relationships between a group of young adults and their coming-of-age in the suburbs of Detroit. 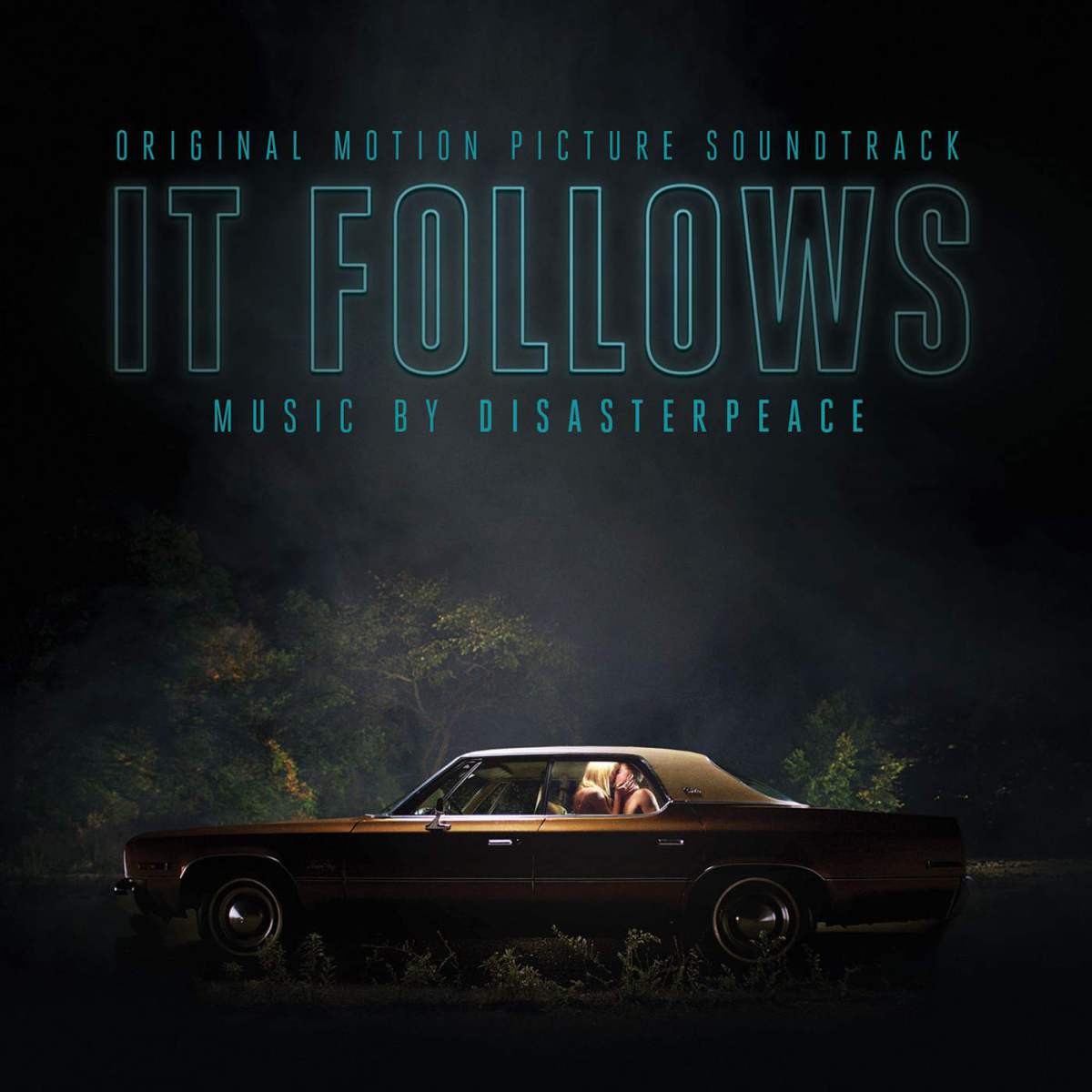 The film leans hard on it’s 80s-inspiration, employing an electro-driven score from Disasterpeace that perfectly compliments the film’s most terrifying chase moments as well as some of its most emotionally evocative ones. Disasterpiece’s incredible score lends the film such a specific sense of place and deliberate feel that I genuinely can’t remember a score more powerful and integral to a film since Drive. While a talented artist being able to deliver a memorable score isn’t terribly surprising, what is inspired was the choice of Disasterpeace to create the score. Grabbed from relative obscurity, Rich Vreeland of Disasterpeace is an artist who began his career manipulating the sounds of old 16-bit games into Chiptune pop tracks before finally deliver the acclaimed score to Phil Fish’s 2012 indie game, Fez. Robert Mitchell’s gamble on a relatively obscure experimental artist pays off more than anyone could have anticipated though and lends the film one of the most unique scores in horror history.

Speaking of surprises, few films have surprised me more of late than Levan Gabriadze’s Unfriended. What looked like gimmicky teen slasher shlock actually produced one of my favorite horror films in recent years. The effectiveness of of the movie is due in part to a few primary factors. Unfriended is a film completely committed and fairly knowledgeable in its use of the film’s central gimmick. Its a film that actually does replicate fairly accurately the online experience. The other thing that makes the film such a success is that given its premise, it actually has a far amount of restraint in terms of its visual horror which actually allows both it’s sense of dread and it’s dark sense of humor to register more strongly.

What Unfriended is most notable for musically, though, is not the film’s soundtrack itself, but how the film uses music. The entire experience of the film is tied to one of it’s central character’s desktop screen, this means that the soundtrack of the film is essentially dictated by the character actually going to her Spotify account, making selections, or listening to a playlist. It’s a unique and playful little touch, but also one that works. Most effectively though, as the film draws to a close, they are thrown into a deadly game of “Never Have I Ever” by their anonymous tormentor. The film flexes its sick sense of humor by controlling the central character’s Spotify, mocking her mistake with a light-hearted Connie Conway diddy entitled “How You Lie, Lie, Lie.” The film’s knowledge of the online experience as well as how it plays with the tools of it is one of the reasons for the film’s success. A lot of horror films have experimented with pop music in the past, but few have ever been this creative or playful.

It’s refreshing to see a season where horror movies have felt this alive and original. Filmmakers are making more bold and daring choices and that reflects in the music they chose to accompany them. While spring time at the multiplex is often a season to dread, it’s exciting to see that sense of dread created on-screen and not from a lack of movie options.