Column 29: The Influence and Legacy of The Breakfast Club

As the 1970s came to a close, pop music found itself at a crossroads, Power rock bands like AC/DC and Led Zeppelin had ruled the back end of the decade, inspiring a generation of cartoon-ish imitators that would produce the Hair Metal of the 80s. But meanwhile, the start of a new movement was bubbling under the end of the late 70s, a generation was growing up on the angst and melancholy romanticism of bands like Joy Division and The Cure. This new sound would set the template for what would become the New Wave music of the 80s. This new musical movement would come to envelop and define the youth culture of the era.

It should perhaps then be no surprise that young audiences were rejecting the simplistic archetypes and false emotion of the bubblegum high school movies of the time. This was until John Hughes. Drawing upon inspiration from the pop culture of the time and his own childhood in the suburbs of Chicago, Hughes approached the emotions of adolescence with a sincerity unseen at the time. All the angst, melancholy, and romance that had defined the pop music of the era was brought to the forefront in the films of influential director. 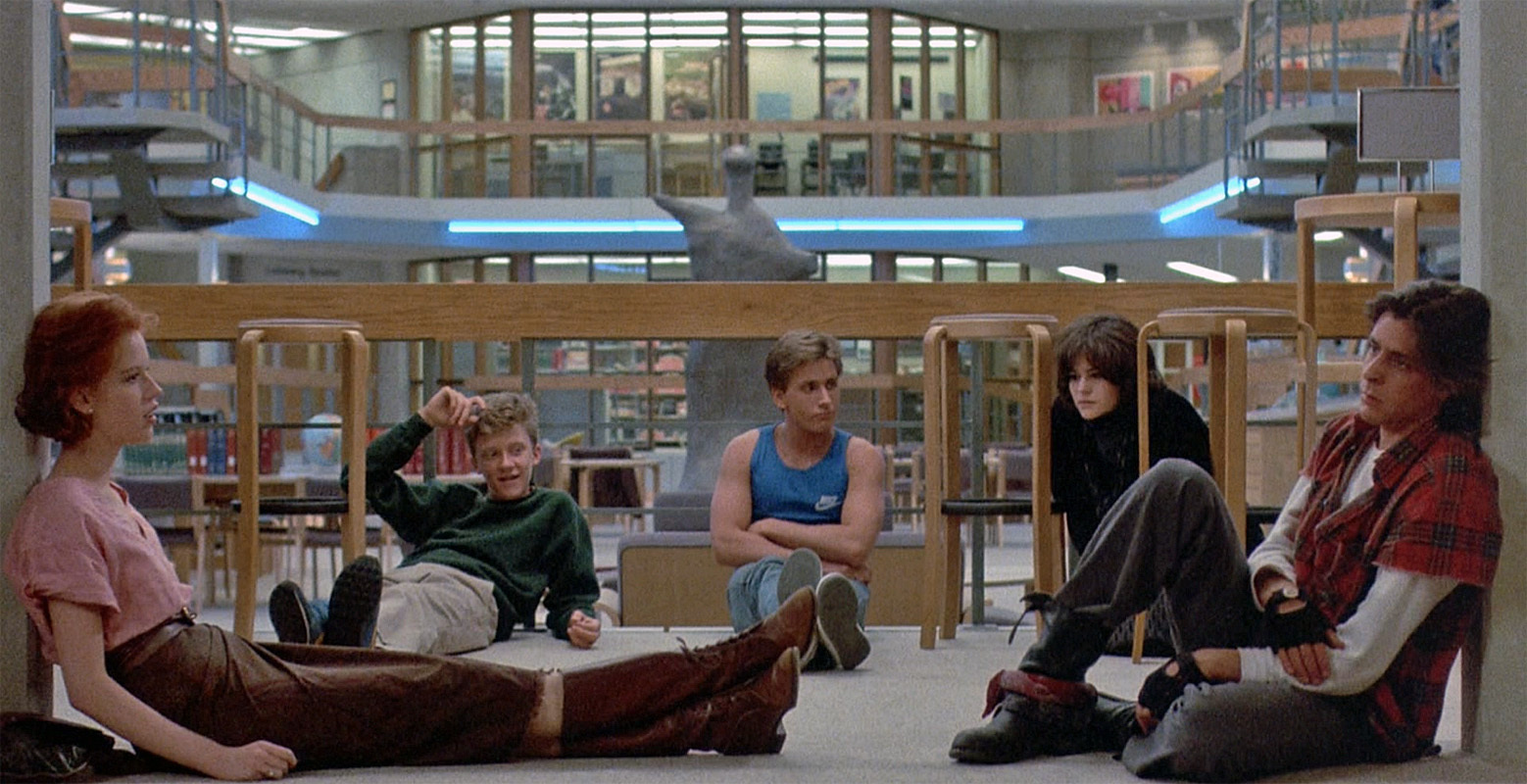 With The Breakfast Club, Hughes made his definitive statement as a filmmaker. The Breakfast Club took the social and film archetypes of the time and thoroughly dismantled them, finding the real human drama and heart that underlined them. The film is a perfect embodiment of the spirit of the New Wave movement, capturing the romance, energy, and instant nostalgia of the music of the era.

Also, while the film’s soundtrack might actually be short on pop music, it still provides one of the most recognizable musical moments in cinema history: the enduring image of Judd Nelson’s alienated rebel raising his fist in air in pure joy at finding romance and human connection as Simple Minds’ soaring synthpop anthem “Don’t You” soundtracks the film’s closing. The song became a defining hit of the New Wave movement and perfectly echoed the spirit of the film.

What few could have predicted, however, is just how enduring The Breakfast Club‘s relationship with music would be. Just as the film was influenced by the music of it’s time, the raw emotions and angst of young adulthood that the film brought to the cultural forefront would continue to inspire music over the next 30 years. Artists like M83, Twin Shadow, The 1975, Neon Indian, and Washed Out have all cited influence from the inseparable relationship between New Wave and the John Hughes films of the era. Albums like M83’s Saturdays = Youth even play out like extended love letters to the Brat Pack films, with their embrace of everything from the themes and music to even the imagery of those films.

The Breakfast Club still stands as a monument to a culture and time that still resonate and influence the pop culture of today. A film that drew upon it’s time to create a teen masterpiece that celebrates the warmth and pain of adolescence and the limitless possibilities of youth.

The Breakfast Club is playing a limited engagement this Saturday and Sunday at the North Park Theatre. If you’ve never seen this classic or would love to revisit it, there’s no better chance.