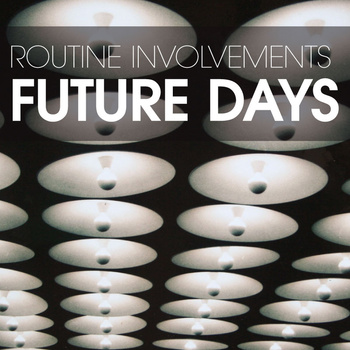 We don’t always cover music out of Rochester, but when we do, it’s because it’s that good. And Routine Involvements new tape, Future Days, is some of the best stuff we’ve heard out of Buffalo’s neighbor to the Northeast in quite some time.

RI take cues from all kinds of guitar-rock greats over the six songs on Future Days. Fan of Weezer? Television? Sunny Day Real Estate? Big Star? You’ll find something to like. The last track, “Strange Dynasty,” even gave me some Beatles vibes at points. That said, Future Days is definitely situated in the loud-quiet-loud dynamic that I guess society has decided to attribute to the Pixies. The noise never feels aimless, though, and beneath all the fuzz, RI is always moving forward to the next new idea.

Check Future Days out on Bandcamp, and if it appeals to you, give the band some of your money. If you’re inclined to make the drive over, the official release show for Future Days is May 14 at the Skylark Lounge in Rochester. RI will be playing with Greenhouse Heart (of which RI’s Ben Corey and Atom Mac are a party) as well as Boston’s Krill. A bit of Twitter/Instagram creeping tells me that the band may be working on a music video? So keep an eye out for that as well.