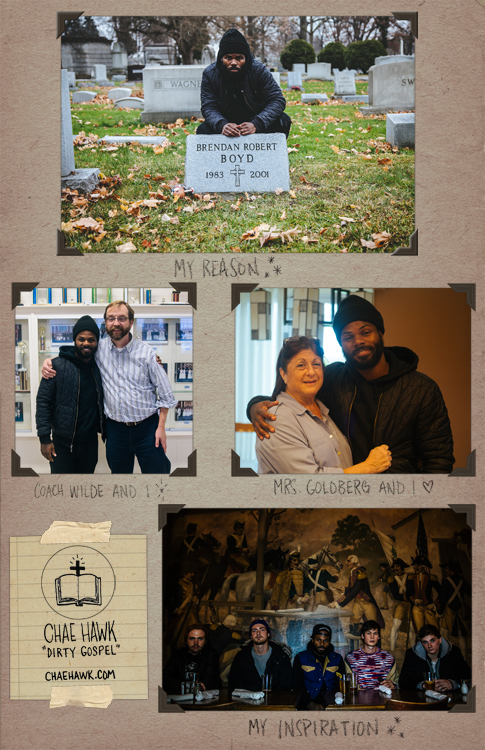 Chae Hawk, who has been in the game longer than some of his fans have been alive, does it again with the release of his latest effort, Dance Party for the Heavy Hearted.

The album, an audio-visual journey now four years in the making, is well worth the wait. Like any great quest, it’s not just the destination, but how you actually get there, that makes it worthwhile. Anyone can churn out a record, but Chae chose to carefully curate this release, and it shows in the quality of the beats, lyrics, and visuals.

Buffalo gets to claim his as ours, but with an ever-expanding fanbase, Hawk’s name is known almost everywhere, and not just for the music. Visually, his music comes to life via expressively personal and poignant videos, with his latest getting a hand through another Buffalo start-up, Vidbolt.

“Dirty Gospel”, a standout track from DPFTHH featuring Jayce Levi, spills out in visual form through footage from shows, cuts of Buffalo (Chae raps that Queen City be a bitch/I still show love), personal footage that reads as a diary that reps everything from his high school days to his first musical efforts, and he invites us along for the almost dizzying journey. From Buffalo to Brooklyn to New Orleans, Chae Hawk is an artist that stands out in any background, and this video encapsulates this seamlessly.