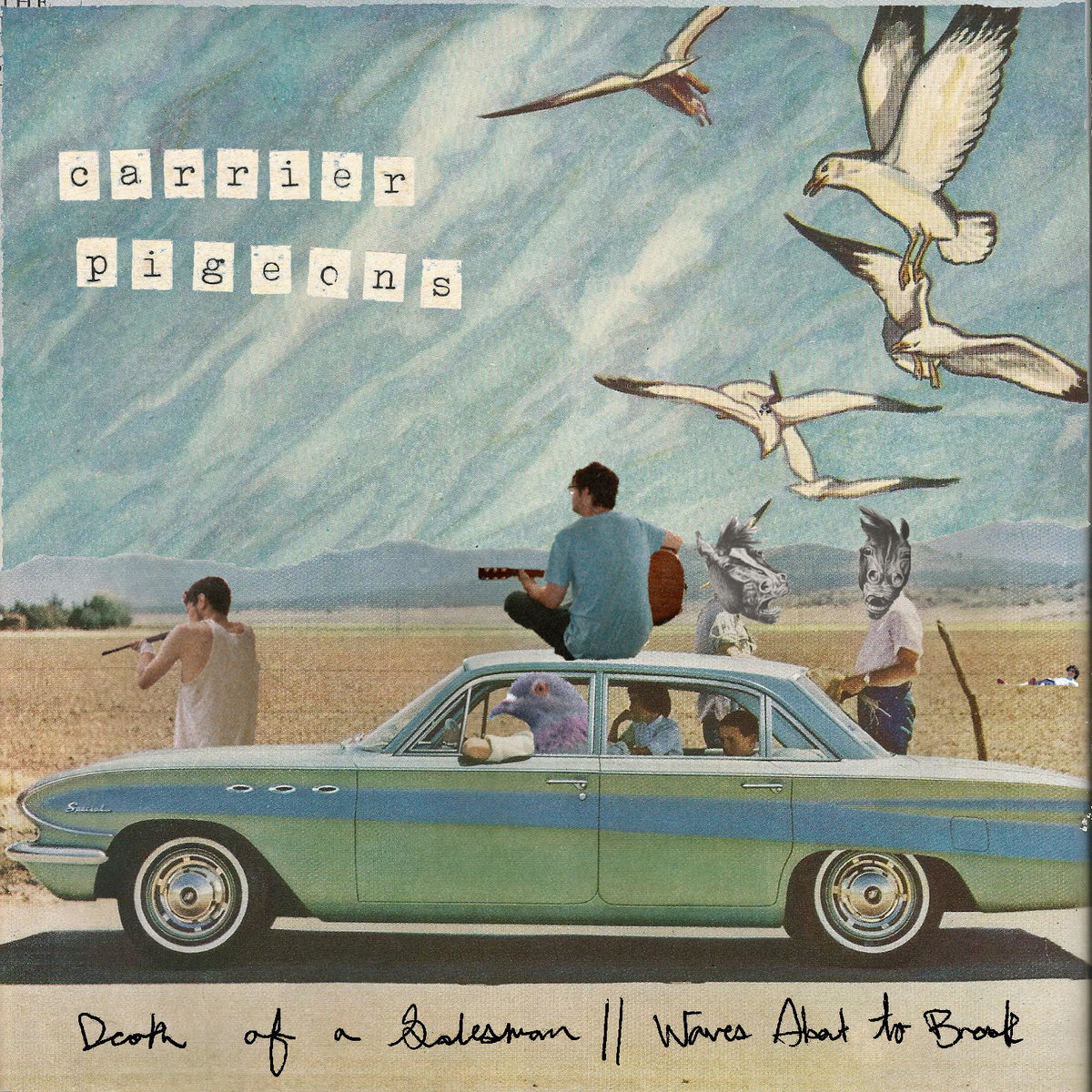 The new year and decade has started with a resurgence of vibrancy in the Buffalo music scene, as newcomers Carrier Pigeons, introduce themselves to the world with the release of their first single, “Death of a Salesman.”

The title track has definite traces of 1990s alt and grunge rock. Lead singer Logan Giddins emotes, with strength, a sense of longing. It borders on emo, but does not dive in directly. Perhaps that is due in part to the instruments used on the track. Percussion, guitar, and banjo. The banjo creeps up in the mix and compliments the tone of the track nicely with a metallic

Side-B, “Waves About to Break,” seems to flip around the alt-emo-folk balance of “Death of a Salesman.” The second song is an upbeat song with a half-time tempo that makes it hard to not tap your toe. The banjo has a more prominent role, and it seems as though Carrier Pigeons are more at home with the folk genre.

Recorded at Sung Moon Studios in Buffalo, NY, Carrier Pigeons created a single that is insistent on pushing the boundaries. The self-proclaimed fudge bois with guitars have qualities that make alt-emo-and folk endearing to so many listeners share a common thread. Carrier Pigeons have tapped into that source and seem to have built from there. They have a message they want to get out, and they are delivering it well. Stay tuned for more from the new band.