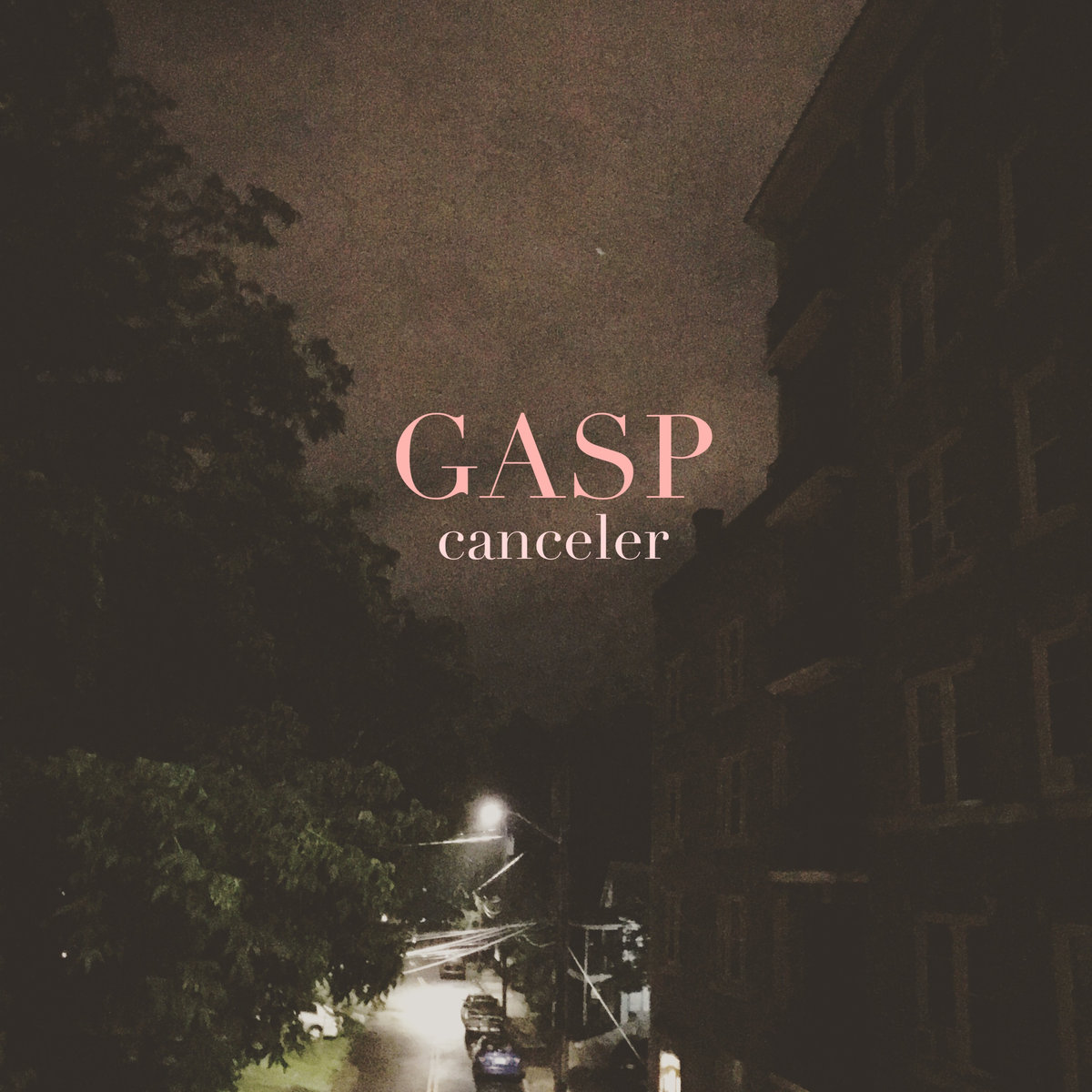 We buffaBLOGGERS pride ourselves on being “in-the-know,” so its always a pleasant surprise when we stumble upon something new and unique. This was precisely the case with Syracuse’s Canceler and their latest EP, GASP. Combining elements of post-punk, emo, and indie rock, GASP is a raw and sincere blast of emotion from a mysterious three-piece that we’d love to know more about.

EP opener “Helium” is an apt introduction to Canceler. It opens with one of the most subtle moments on the EP, but quickly evolves. The band uses bursts of frantic drumming, sing/scream harmonies to emphasize depressive lyrics about being tired of life’s ups and downs and the simple exhaustion of yearning for better days. The band juxtaposes lyrics about “being tired” and “feeling like magic,” which paints such a uniquely peculiar picture – one that’s poignant and heartfelt.

One of GASP‘s most notable features is the mix. I invite the band to correct me if I’m wrong, but this was almost certainly self-produced. In this case, it works, especially on songs like “Lake Effect.” There are definite pop elements in this song, but there are also intentional moments of cacophony. The self-produced approach never feels anything less than a true representation of their sound – and Canceler have captured it perfectly. Their music sounds like its about to fall apart – a rickety, “ol’ faithful” mix that brings to mind fellow fall-to-pieces bands like Cursive, Attic Abasement, or Cap’n Jazz.

“Three’s” finds the band exploring post-punk, mixing a mid-tempo, rolling tom beat with a woofy, fuzzy bass accompaniment. Their debut single, “Pretty Old and Over It All,” (which pretty much says it all) thematically hits the nail on the head; it’s yet another fall-apart banger about not caring, yet still loving simultaneously. The mixed emotions across this EP are enough to stir up your own insecurities – it’s confusing and cathartic, even if it’s something you can’t quite put your finger on.

Album closer “Coyote” is dark and driven, a brooding end to Canceler’s promising debut. Any fans of raw and sincere indie rock should absolutely check this one out. GASP is available on Bandcamp for a very affordable “name your price” rate.