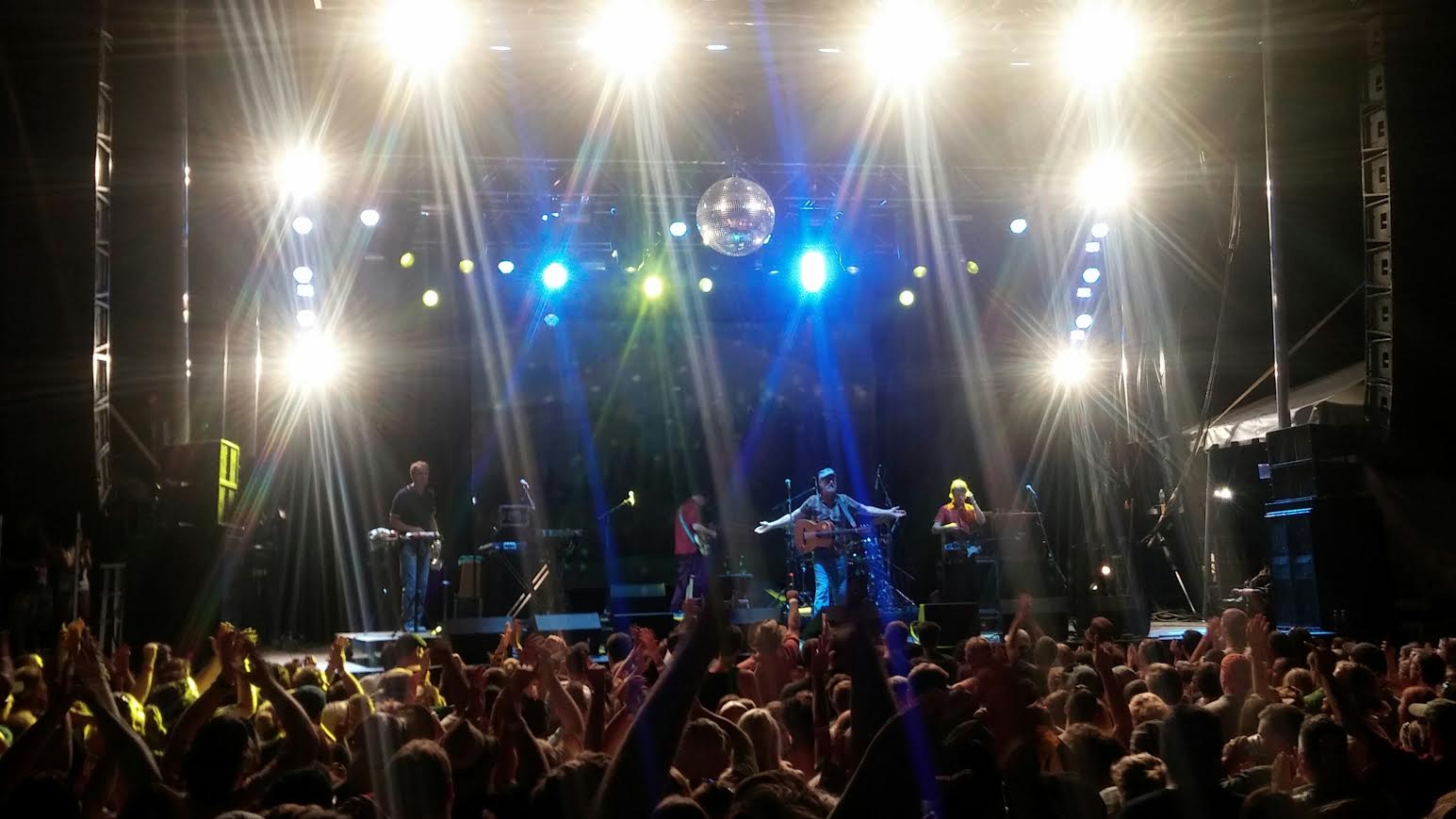 In a summer that’s been made certifiably awesome by a whole bunch of shows from obscure bands in intimate locations like Mohawk, it was crazy refreshing to be able to sing the f***ing SHIT out of a bunch of songs that have weathered through my ever-changing tastes in music, and I’m sure I can’t be the only one with this train of thought.

First of all, the intro. Who else but Cake has the gall to pre-construct a five minute, constantly building and never climaxing introduction to precursor their show with? It’s great, and I can’t find a Youtube clip, so you’ll just have to bear with me and probably go see Cake for yourself if you haven’t witnessed this gimmick yet.

Then, the band walks out to the Kerfuffle crowd and with the first chord I easily recognize as “Sheep Go to Heaven,” the song that got me into the band probably ten years ago. And I go back to the glory days of my life, back when I downloaded the song off LimeWire.

Sidebar – John McCrea, I was a young idiot back then. I buy music now. I know you have pushed that idea onto the crowd for years, and I respect it and apologize for my thievery.

I scream all of the lyrics back into the band’s face, as if they were going to forget these classic lyrics. I’m basically leading the crowd. “Frank Sinatra” comes on next (the MOST underrated Cake song) and it continues. And continues. They play “I Will Survive” near the end and I’m just sort of hoping that it’s never going to end.

It should be noted that at this point, I had evolved from the brute that was screaming Cake lyrics into some sort of neanderthal doing interpretive dances with the girl behind me who seemed to have an almost equal love of the band. Please contact me, nameless girl. I was, as Yoncé eloquently states it, drunk in love. And let’s just say I wouldn’t be able to marry a girl who doesn’t get down to anything off of Motorcade of Generosity.

Yes, I would prefer “An Evening With Cake,” as their tours usually entail with more songs and less of a wait time for them to get on stage. However, Canalside is still in it’s prime in terms of the whole amazing concerts thing, and I’m a total sucker for the venue as it reaches it’s peak in popularity. And a total sucker for monotonous, agenda-pushing, hipster bands from the 90’s.