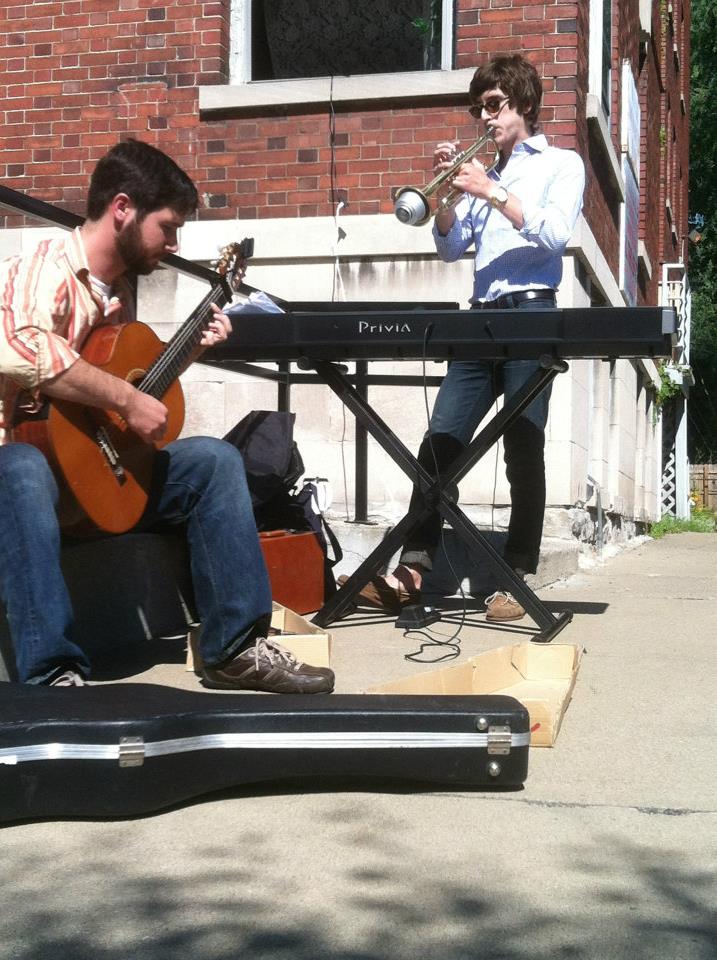 This week we have been previewing the five great acts we have in store for our fourth birthday bash this Saturday at DBGB’s. Third on the lineup is Alex Berkley & the Atlanta Falcons. You may have seen Berkley’s solo workings before, singing songs about Dawson’s Creek or Star Trek on an acoustic guitar any given Monday night in the heart of Allen, but this Saturday’s performance will be different. Berkley is set to be backed by his newly reformed backing band, the Atlanta Falcons, consisting of Sonny Baker (Lazlo Hollyfeld, Wooden Waves, A Hotel Nourishing), Billy Fulton (Wooden Waves, Ay Karou) and Colin Griffin (Bear Exchange). Berkley’s songwriting style is quirky yet sincere, comparable to Jeff Mangum/Neutral Milk Hotel or the Mountains Goats. The band is set to perform numerous blasts from the past, including songs off Lists and Listlessness, Berkley’s 2008 debut full-length that was retroactively declared buffaBLOG’s top local album of 2008.