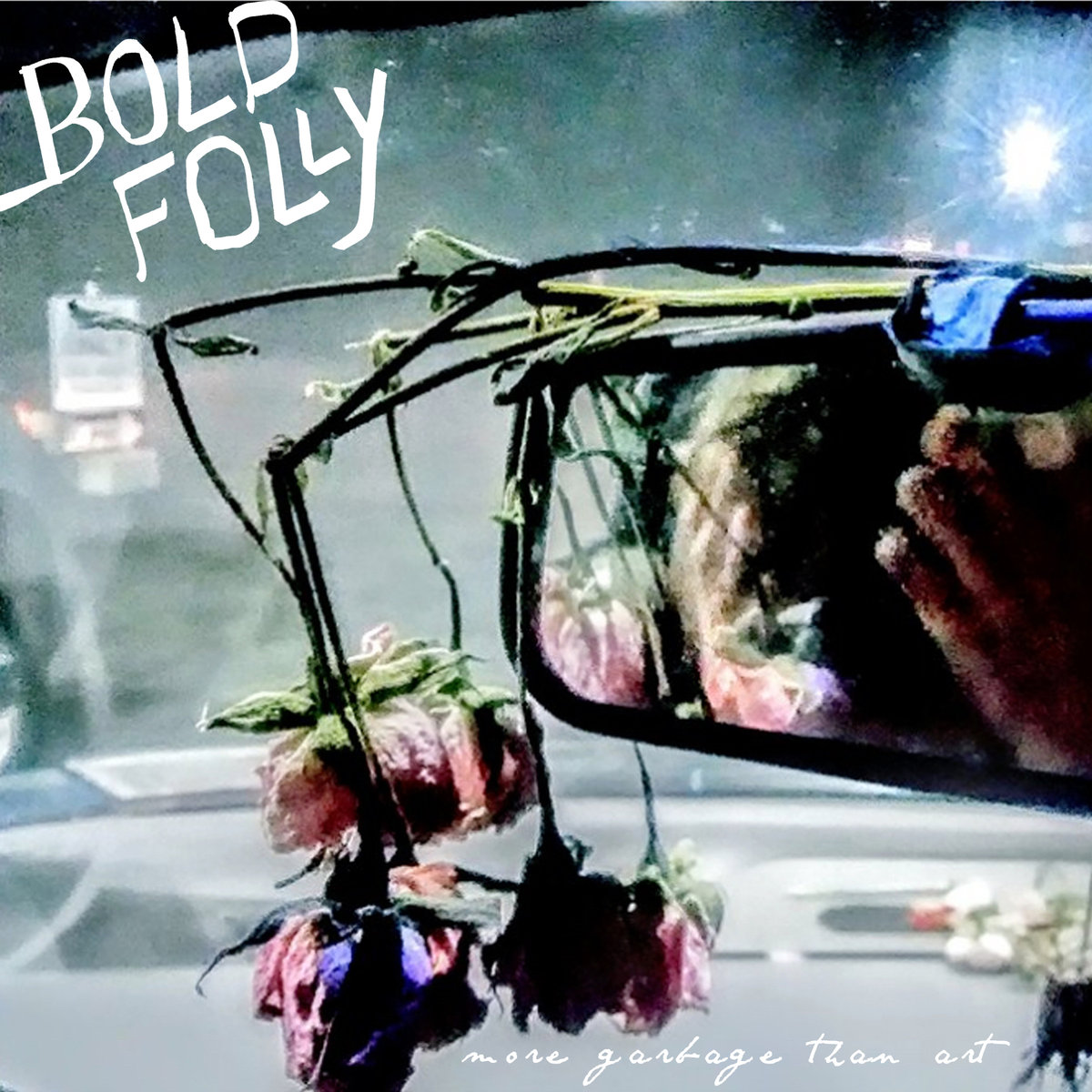 Buffalo psychedelic garage rock power trio Bold Folly are back with More Garbage Than Art, a larcenous EP of off-kilter punk jams that always keep you guessing and holding on for dear life right from the start. Between our home grown psychedelic bands (Aircraft, Deadwolf) and the touring variety playing the area over the next few months (Foxygen, Mac DeMarco, Flaming Lips, Roger Waters) Bold Folly’s latest offering is a fascinating entry, exploring the darker aspects of the journey.

More Garbage Than Art starts with “Dogfight,”  a pleasant shuffling song with soothing surf rock backing vocals that give way to bloodcurdling howls and crushing punk chaos only to reset itself for the increasingly menacing second verse that goes even further, scraping it’s way to splendor before retreating again. The resulting tension continues to unfold on the bleak and vaguely Sabbathesque “I Wanna,” a tribute to watching TV with the closed captioning on in the background while we go about our lives working, rocking, and getting it on to the television wasteland that’s the dark underbelly of this “golden age of television.”

Arriving on a cloud of fuzzed out feedback, “Lake Michigan” is a five minute epic of good old Rust Belt desperation rock, an increasingly quaint notion in our rapidly gentrifying #NewBuffalo; with a pleasing, genuine menace lurking in the song’s numerous movements and melodic shifts.

Overall, Bold Folly’s new EP is a must-have for those in on the current Buffalo local scene, with cavernous indie rock with psych rock elements sprinkled throughout. Check out the album below via bandcamp.