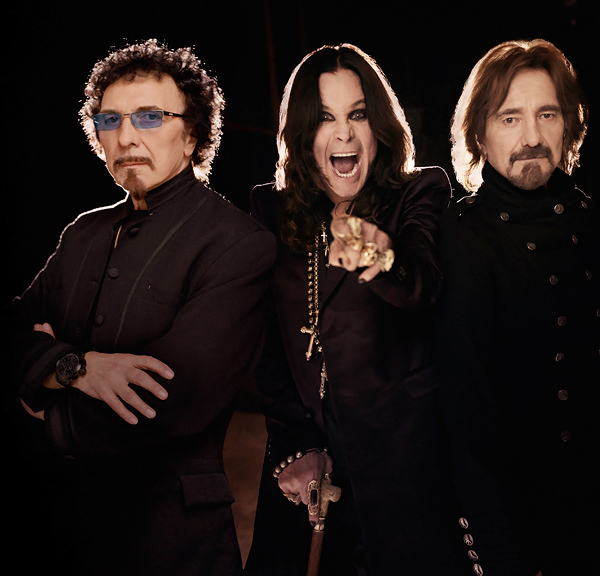 Even with a garden of plenty unfolding this spring in formerly sleepy old Buffalo, when a legendary band like Birmingham UK’s Black Sabbath plays nearby Hamilton Ontario, that’s worth a road trip. Featuring 3/4’s of the classic Sabbath line up – Ozzy Osbourne, Tony Iommi, and Geezer Butler sans Bill Ward – this is the band that recorded Sabbath’s first eight studio albums from 1970 to 1978, and created heavy metal on their uber-masterworks Black Sabbath, Paranoid, Masters Of Reality, Vol. 4, and Sabbath Bloody Sabbath, one of the best runs (1970-1973) is rock history. Indeed, tonight will be a night for worship.

With his distinctive caterwaul still intact, Ozzy still has it, especially paired again with musical soulmate Iommi, whose darkly psychedelic guitar will always meld perfectly and beautifully with former reality TV star and magnificent shambling mockery of humanity Osbourne, whose  vocal prowess shined on their latest effort, last year’s Rick Rubin produced 13. And unlike the Rolling Stones, there’s no telling how long these guys will keep going; after a liftetime of chemistry, who knows what shape Ozzy is in, and with Tony Iommi in a battle with lymphoma, this could well be  a last chance to see this classic version of Black Sabbath.