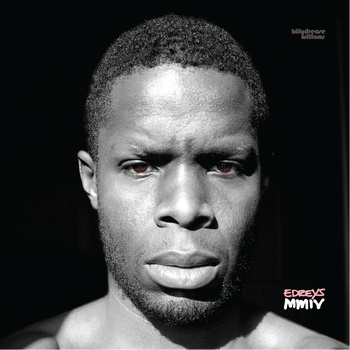 Billy Drease Williams is a veteran of the Buffalo hip-hop scene. If you’re not familiar with his work you might recognize one of his five songs (as a part of the duo Raw Intel) that made it onto the ESPN NFL 2k5 video game, the ultimate sign of success in the music industry. 15 years out of winning the Buffalo Music Awards Hip Hop Artist of the year award, Billy Drease releases EDREYS MMIV, a full project with an interesting backstory.

Per his Bandcamp page, EDREYS MMIV was recorded 10 years ago and kept under wraps until this week in celebration of Billy Drease Williams’ birthday. The title is a nod to his given name, Edreys Wajid, and in Roman numerals MMIV is 2004. With the exception of “If I Should Die,” and “Hold Me Tight,” Billy Drease also handles the production on the whole project. It is really a wonderful piece of hip-hop and music in general, one that Billy Drease described himself as his magnum opus.

The live, at times jazzy, instrumentals that serve as the backdrop to Williams’ vocals are really worth appreciating. The piano loop that is the centerpiece for the opening track “God Bless You” is nothing short of pleasant. Williams also does a great job incorporating vocal samples into his beats. “That’s Love” is built around a female vocalist passionately singing “love” over and again, while the chorus of “Sidewalk” displays a 1950s-type grumbly blues singer complimenting Williams’ rhymes. It’s difficult to tell but I’m also pretty sure that the gritty, preaching, spoken-rap chorus of “Get Your Own” is a well-placed speaking sample, something that we see throughout the project.

The song “Save,” has maybe my favorite beat of the whole project, a really cool xylophone loop over some understated instrumentation, with more vocal samples on the hook. My other choice for favorite beat is one that isn’t produced by Williams, instead by Tremayne “T-Lee” Thomas on the second-to-last song “If I Should Die.” There is just so much going on in it, with rising vocal samples, violins, keyboards, and I’m pretty sure a tuba deep in the background. Surprisingly, it doesn’t sound crowded at all.

His versatile subject matter in his rapping range from gritty street references, to love songs about his family and his partner. The album’s first three songs are pretty passionate odes to his loved ones. Song number 10, “Ella Mountains,” is a touching dedication to both his grandmother and his sons, encouraging his oldest to keep moving forward through adversity. Songs such as “Get Your Own,” and “Turn It Up” provide a stark contrast to the raw, personal tracks that we see throughout the album. They are still raw, but in a street sense that Williams keeps separate from his family matter.

Overall, the project is a personal, passionate look into Billy Drease William’s life in 2004. Themes such as becoming a family man, while still understanding the street life, help make for a captivating listening experience that is complimented by some really stellar production. His repeated sample use is true to hip-hop’s roots in the art, and the traditional style in which Williams raps helps form an album that is really true to the craft. With EDREYS MMIV, Billy Drease Williams has opened up a time capsule into his life that should definitely be checked out.