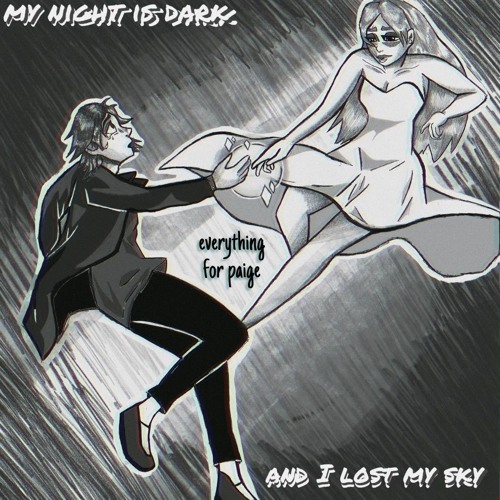 Somewhere in the up & coming hip/hop scene in Buffalo, a voice can be heard with sounds of sincerity; the voice comes from B-rent on his debut LP: Everything for Paige. The album resembles something like a modern day Shakespeare tragedy reflecting the beauty in despair. He shows his fans what rock bottom has taught him before he reaches the mountain top he’s climbing.

The fuel to the flame of “Everything For Paige” was unmistakably gifted from his late sister, Paige Casillo. Tracks like “This Broke” resemble how hollow a heart that was once full still beats with as much purpose as the percussion in his music. While tracks like “Exposed” demonstrate how to run through problems (or brick walls)  head-on.

The theme of the eleven track LP burns the brightest on track 10, “WITH ME, WITH YOU,” as B-rent belts out lines like “freestyle flows ain’t no need for me to write, hey Paige you’re with me right?” However, the concept of Everything For Paige isn’t focusing on what you don’t have, but rather to appreciate whatever it is in this life that you do to its fullest potential; because you never know when it’ll be gone. As Track 11, “My Destiny,” serves as the perfect outro, it simultaneously represents a new beginning in B-rent’s vastly different outlook on the world, both for the better and worse.

Everything For Paige was recorded with the gifted Rich Ells at GCR Audio over the course of one year and some change. The Buffalo rapper spent that year unleashing the full extent of his emotions in the most explicit of detail. Any topic too sensitive for everyday conversation was transformed into the art that is his music. His ability to put real-life conflicts into his music opens a door to let fans into his headspace on a mission for peace of mind.