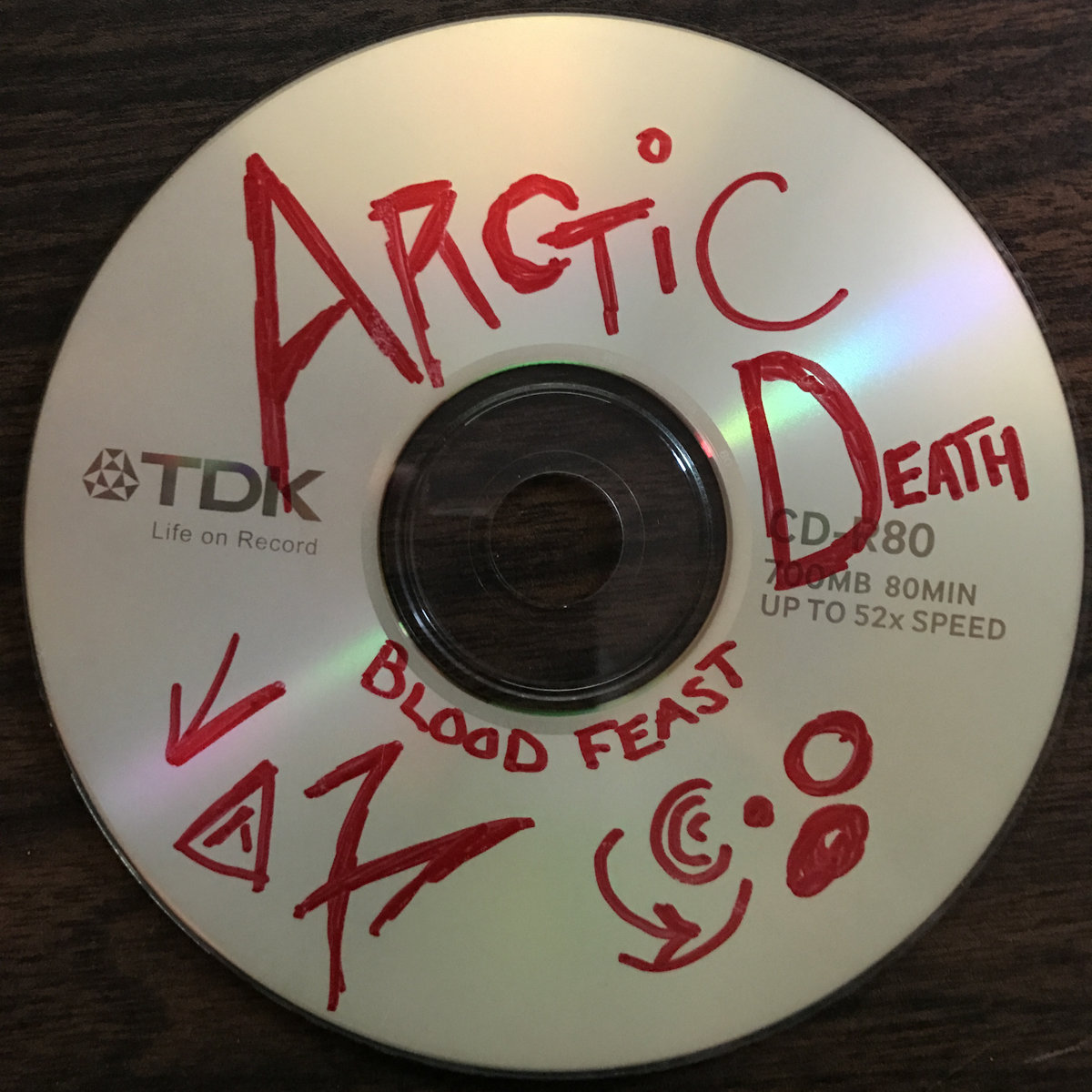 The year was 2009… A then 19-year-old me was excited to catch Someone Still Loves You, Boris Yeltisn at the Rathskellar, the on-campus bar at St. Bonaventure university. Little did I know, I would receive a local band’s demo that night, one full of still-relevant tracks with a fresh take on urgent indie rock. That band was Arctic Death, and the magical EP in choice was what they now refer to as DEMO 2009.

My copy was burnt on a blank cd and hand-decorated with some abstract doodles and what I originally thought was the EP’s title… Tropical Life (Arctic Death/Tropical Life – it’s like opposite day). Don’t get me wrong, SSLYBY was great, but the true treat of the night was blazing this short and sweet EP over and over on the two hour drive home.

Immediately, the plodding bassline of “Handprints?” had me hooked. Arctic Death specialized in angular rhythms, wonky guitar and bass work, and singer John Crook’s one-of-a-kind vocal delivery. What’s more, the band never lost sight of melodic pop hooks. Their songs sounded left field and abstract, but despite their tendency to be jaunty and angular, they were also ruthless earworms.

“Worth It” is the album’s two-minute banger, showcasing odd chords, irresistible whoa-ohs, and a noodly guitar riff courtesy of guitarist Steven Floyd. Lyrically, Crook pulls no punches. He had been betrayed, and his pain was evident in lines like, “You’re just too pitiful girl, you’re just too pitiful for me, oh yeah you made your bed / and now you tell me that you’re bored baby, you say you’re bored j-just to fuck with me.” Crook’s borderline spastic and stuttering bark is one of AD’s many strengths, and it helped make “Worth It” into my initial favorite for sure.

Attn: drummers – band percussionist Harrison Crook is a monster. The beat at 1:15 in “I’m Waiting” has been drilled indelibly into my brain. By the time track four, “Your. Name,” had come and gone, it left me thirsty for more. It was too easy to listen to DEMO 2009 on endless repeat.

These days, the Crook brothers are killing it in Ugly Sun and Steven Floyd is melting faces in The Slums. If you’re a fan of either band, or if you just want to brush up on the history of the Buffalo indie rock scene, DEMO 2009 is up for grabs on Bandcamp… Eight years later, it holds up real well.