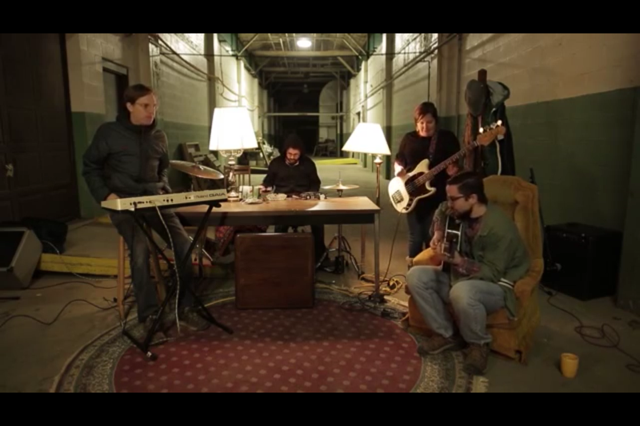 We frequently say here at the blog office that Applennium may be the best band in Buffalo you haven’t heard of, or maybe even the best band in Buffalo period. The four piece – Chris Groves, Stacey Stoll, and Dave and Mike Calos – play maybe twice a year, if you are lucky, and premieres new music about as quietly as any band in Buffalo. They are one of the city’s true musical treasures, releasing stunner after stunner when you least expect.

The band dropped a pleasant surprise online last night in the form of an entry to NPR’s Tiny Desk Concert contest. First off, if you don’t watch Tiny Desk Concerts, get on that now. Recently, the lucky NPR staff has been treated to some fantastic performances from Angel Olsen, Tweedy, T-Pain, Beirut, and the National. As for the contest, the station/series is asking bands to submit one video of an original song performed at any kind of desk. Submissions will be accepted until January 19th and judged by NPR personalities and musicians like Bob Boilen(host of All Song’s Considered), Reggie Watts, and others. Full contest details can be found here if you feel so inclined to enter as well.

For Applennium’s entry, the band filmed a clip of its fantastic, “The Race,” during a freezing evening at Lockport’s Harrison Radiator Building. The video and sound were done by Nate Peracinny and Steve Rittner, respectively.

Check out the video for “The Race” below and keep your fingers crossed.