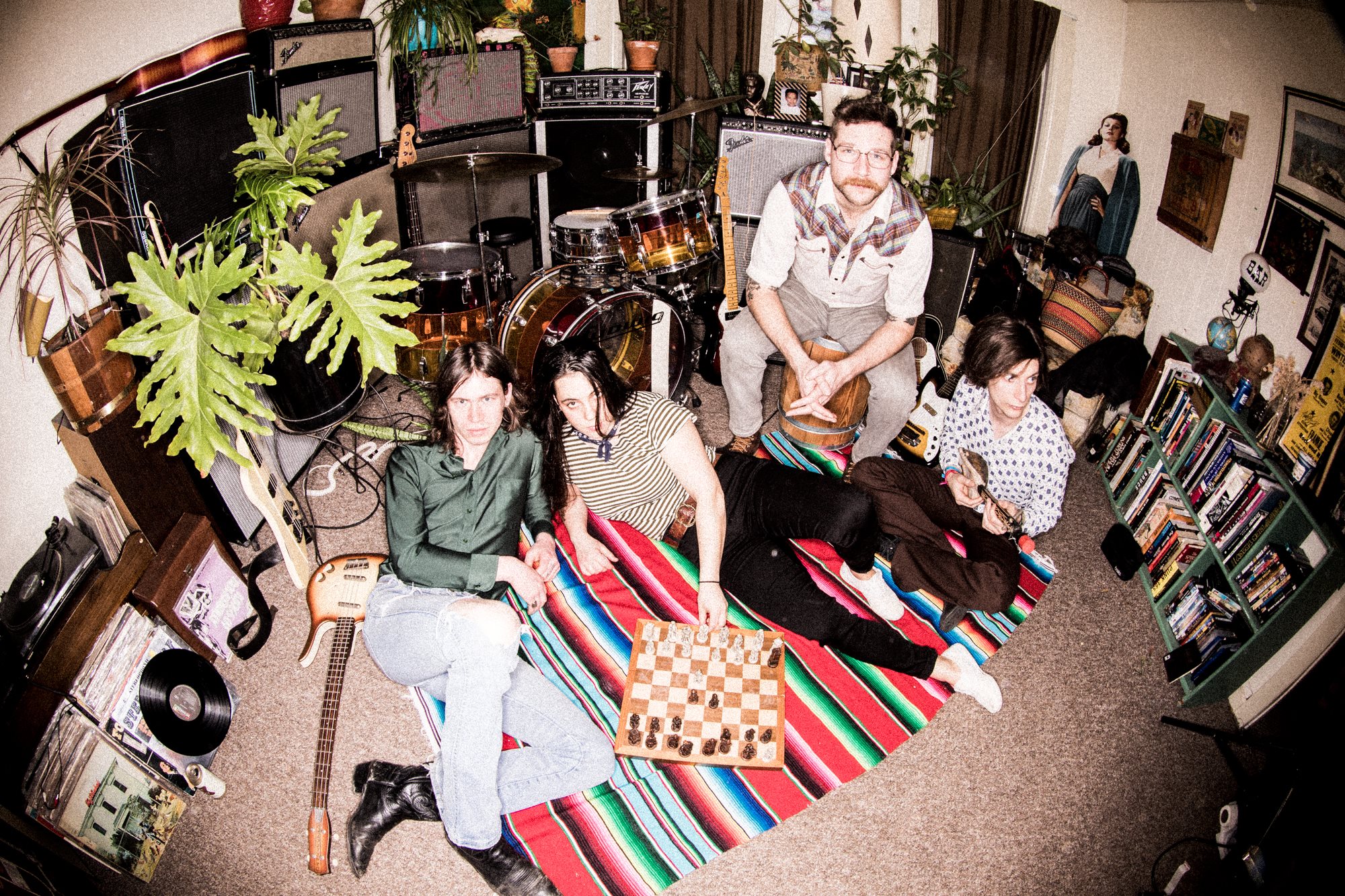 Most rock songs are written with a particular, predictable pattern in mind – a rise and a fall, a bob and a weave. “In 3,” the new single from Rochester’s Anamon, is more like 5 quick punches to head – unorthodox, but effective.

“It’s not real,” croons vocalist Ana Emily over chimey guitars and a headbobbing beat as the song begins. It’s a straightforward enough beginning, but before a minute and a half is up, the song has gone through three total changes already, settling on a shifting dance-rock groove which Monaco looms over, threatening “I’ll send you back to hell, boy/Don’t even try to test me.”

By the end, “In 3” has erupted into near-total chaos, with a screaming saxophone ditching melody for noise as the whole band turns up. You’ll be wondering how you got there after three minutes and forty-seven seconds; give the song a few more listens and you’ll figure it out.

Anamon’s new album Purple, Green, and Yellow, dropped last week and is available via download and vinyl via the band’s bandcamp.