An Exclusive with Quiet Fire Media 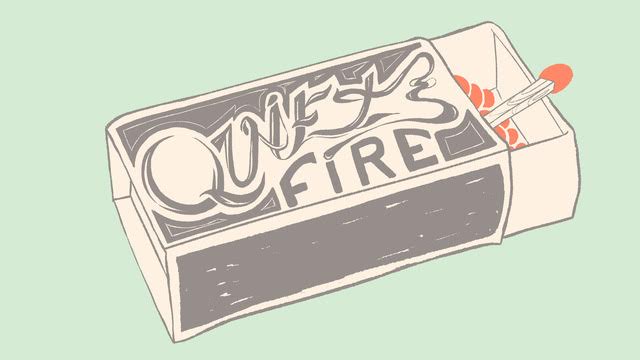 Edward Easton — ultimate founder of Columbia Records — did not establish the foundations of his extensive success through jean jackets and an inability to say no to people. It was a careful ear and his unprecedented ambition to support what he believed in. Cash and Dylan did alright, eh?

Easton’s success aside, his ability to harness talent immensely translated his belief in a particular artist to their seemingly boundless success.

Take this time to familiarize yourself with Quiet Fire Media — a media platform born in the local and Baltimore areas owned and operated by Head North’s Brent Martone & Ben Leiber, Baltimore’s Rachel Cooper, and Emily Tantuccio.

The backbone behind QFM’s mission involves a focus to work with artists in an effort to trampoline them towards a higher platform and, in its short tenure, the group has already done such, from Connecticut’s A Will Away of Triple Crown Records, Baltimore-based singer/songwriter WATERMEDOWN of Equal Vision Records and our very own, Casey Bolles of Pure Noise Records. A pretty witted and wicked track record if you’re asking me.

Immediate plans for the group include a release from WNY’s Well Kept Things as well as Long Beach Island, New Jersey’s indie/punk outfit Gin War. Details to be announced today on an independent media outlet.

Quiet Fire Media, although crisp in their animation, has every capability and resource to expand their brand throughout the remainder of the year. The group aspires to tackle a handful of both national and local releases in the imminent future.

Stream both singles from the group’s new alumni WATERMEDOWN and A Will Away below.