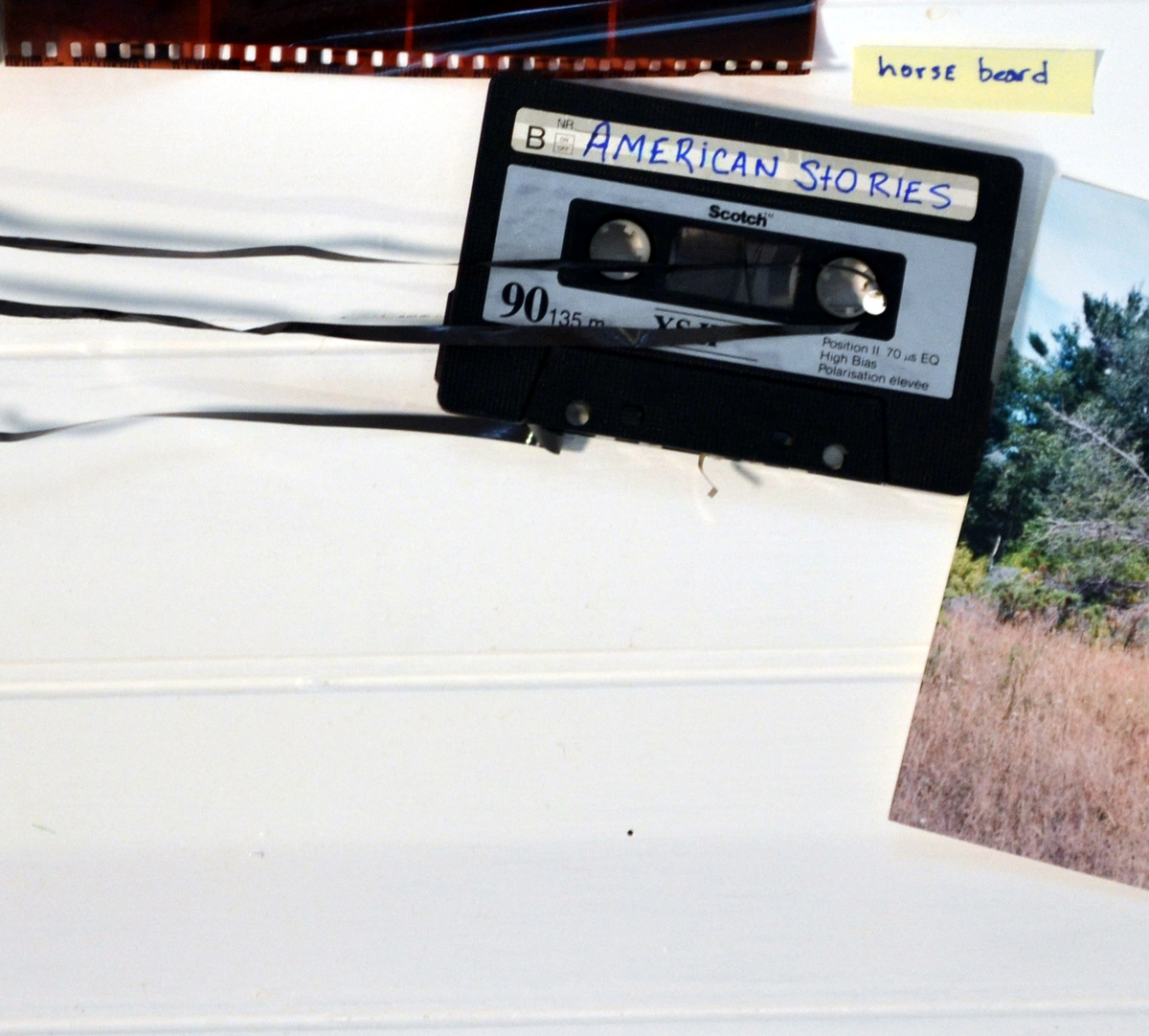 American Stories is an interesting band. Their new album Horse Beard is a mashup of genres, namely psychedelic, folk, punk, americana, and emo.

The opening track, and perhaps Horse Beard‘s strongest, is “Programmed.” The song is reminiscent of something Beck would have written in the late 90s, or even blissful indie rock like Built to Spill. At times, it dips into something 60s influenced, but it maintains  the sort of loose slacker vibe you would expect from a musician like Beck, or the fuzzy warmth from a jangly BTS jam.

“All The Same” takes these already strong sensibilities and wraps them in a shroud of the kind of emo you’d come to expect from Sunny Day Real Estate. I’m only two songs in but if you’re guessing you might find a pattern here, you’re right. American Stories are genre hoppers, and typically, it would make an album sound like it lacks direction. That isn’t the case with Horse Beard.

“The Plane” and “So Civilized” are nothing short of punk songs. “Stormy Tennessee” is just as straightforward, and might be the most “rock n’ roll” song of the bunch. “Old Shoes” is (delightfully) bluegrass. What is perhaps most refreshing about AS is their capability to span multiple genres without sacrificing any continuity. The album has a definite direction and a pleasant ebb and flow. I have to hand it to singer/guitarist/songwriter Tim Nixon.

Another album highlight is the ever-so-slightly discordant “Laugh it Off,” building a quirky guitar riff and “oohs” into a simple song that drones on pleasantly. Next to “Programmed,” “Old Devils” finds American Stories at their most crisp and is probably the song I think represents the aim of their genre best.

Horse Beard is for sale on Bandcamp – you can listen to “Programmed” below.