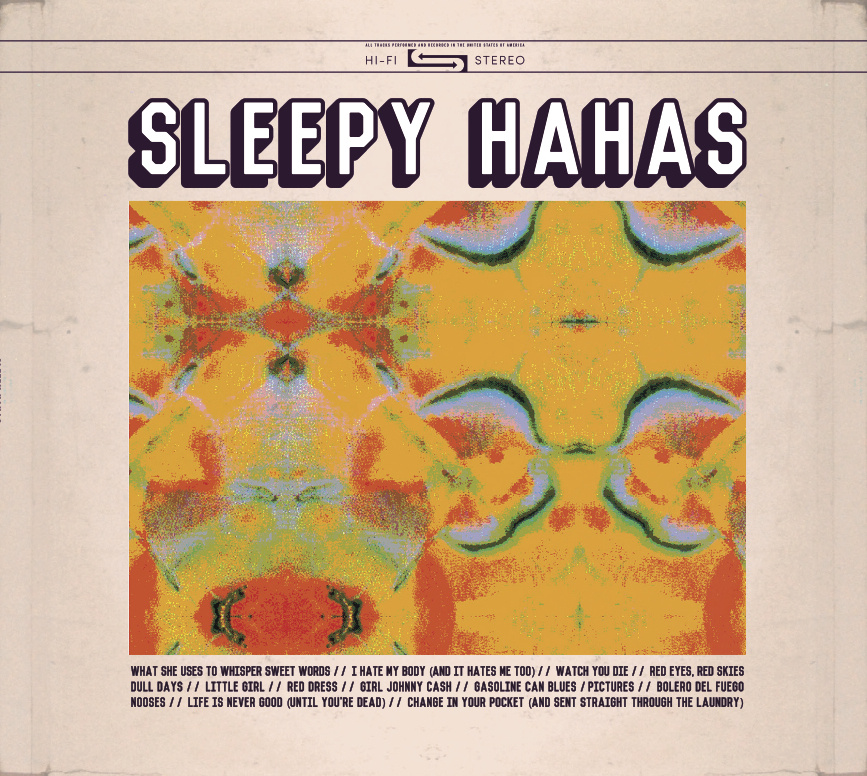 Dull Days, the new LP from Buffalo’s own Sleepy Hahas, is likely to be one of the most diverse, consistently entertaining albums you’ll hear out of WNY this year. The sound is all over the map, as the band explores different styles and genres on each track, from Mudhoney-esque sludge metal to more gentle, acoustic numbers. It never stops being interesting, and the end result is an endlessly fascinating debut from a wildly creative band.

If Sleepy Hahas sound had to be pinned down, they are somewhere in the middle of psych rock and sludge metal, with elements of Mudhoney, Queens Of the Stone Age, and 13th Floor Elevators all emerging at various points in the album. This is especially apparent on “I Hate My Body (And It Hates Me Too),” an engaging psychedelic rant that certainly wouldn’t feel out of place on Rated R.

But these are not the only areas the band is willing to venture into. Album opener “What She Uses To Whisper Sweet Words” is a gentle, affecting acoustic ballad that would fit nicely on a Bright Eyes record. Elsewhere, “Girl Johnny Cash” is a moving piano ballad that contains elements of both Jack’s Mannequin and early Billy Joel. Really, there’s just no place this band isn’t willing to venture into.

The key to understanding Sleepy Hahas sound is to be aware that they aren’t really tied down by any normal type of genre restraint. They might best be described as a psych-rock band because they have more songs that fit in with that category than others,  but musically, they go wherever their inspiration takes them, and it often leads them down surprising, unexpected paths.

We can’t talk about this album without talking about singer/guitarist Pat Butler’s lyrics, which are alternately witty, dark, and frequently quite affecting. “Watch You Die” appears to take pleasure in the eventual death of a sworn enemy, but there’s a slight a bit of sentiment mixed in with the vitriol that gives the indication that the bitter rival who inspired the song might carry a small place in the narrator’s heart. Dark humor continues to abound towards the record’s end, with the sad-but-also-hilarious ballad “Life Isn’t Good (Until Your Dead),” which goes on for five and a half minutes but never outstays its welcome.

Between the highly clever lyrics and wildly ambitious scope, this is a thoroughly fascinating album from a band that has an incredibly bright future. Sleepy Hahas take a ton of inspiration from both the warped psych rock of the late 60s, and the sludge rock of early grunge and stoner metal, but they aren’t afraid to mix in things from the softer sides of rock, and the end result is a highly diverse record that feels wholly original. Sleepy Hahas may have just recently broken onto the scene, but we’re likely to be hearing about them for many years to come.