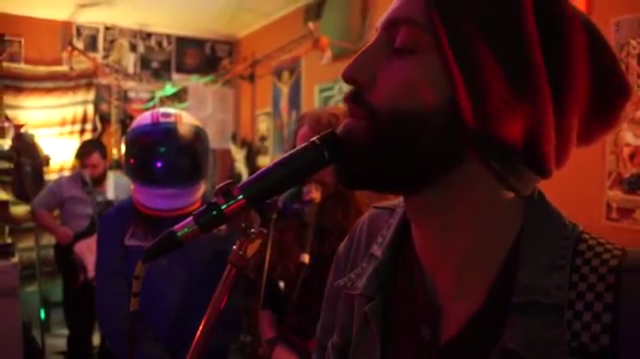 Aircraft has been paying its dues for quite some time now, especially after 2013’s debut LP Sonic Boom made some waves in the Buffalo scene and cemented the four-piece as both great songwriters and nuanced psych-poppers. Two years later, the group is about to release its follow up, an EP titled 7 Gems from the Sparkling Void. Yesterday saw the premiere of the EP’s first single, “Dig A Little Deeper,” via Pure Volume, and today, the track’s music video has debuted.

The aptly-titled seven-song release is a perfect representation of Aircraft’s ethereal, occasionally surf-tinged space rock and is bound to propel the band to heights unknown. Local dynamo label Admirable Traits will be releasing 7 Gems from the Sparkling Void on August 28th, while the band’s release show is tentatively scheduled for August 29th with Rochester favs Pleistocene and new rock-saviors, Sixties Future.

Watch the video for “Dig A Little Deeper” below.