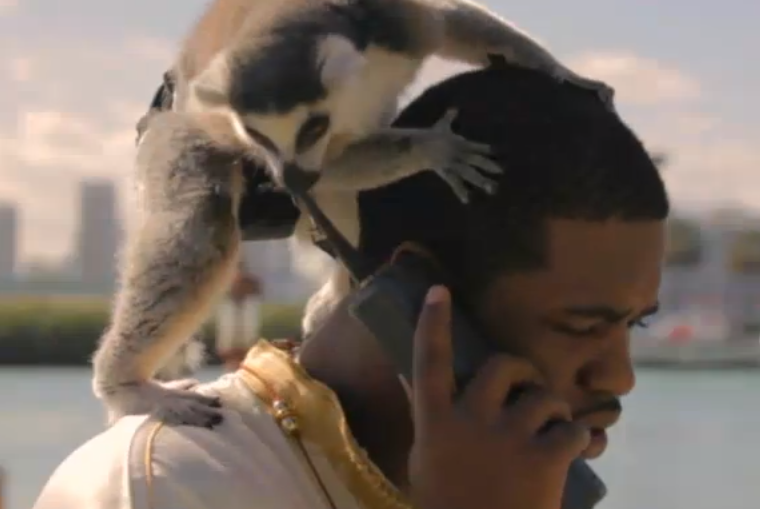 A$AP Ferg always looks like he’s having the time of his life, and the video for “Doe-Active” is nothing different. The single comes from last year’s mixtape Ferg Forever, and is a high-energy, infectious banger. The video also serves as the first release from the A$AP crew in the waning weeks since the loss of leader A$AP Yams, a death likely preventable.

Directed by Spike Jordan, “Doe-Active” is a three-minute, 45 second long flex by Ferg, who shows off his celebrity friends and bootylicious females as he screams “I got a hundred dollar bill for every bump on your face.” Notice that “Doe-Active” is a play on the acne cream “Pro-Actve.” I particularly enjoy this chorus because it always seems like Ferg says it too many times, like he knows he should probably move on to a verse, but he still just wants to rub it right in our zit-infested faces. Ferg’s pets are also cooler than ours, as he spends much of the video accompanied by an adorable lemur on his shoulders.

A-Trak, A$AP Rocky, and Drizzy Drake appear on screen, but my favorite celeb moment comes when Ferg says “Hold up, is that Adam Levine?” and the only baby-faced white dude hanging with the A$AP crew steps forward as if he is the Maroon 5 frontman. It’s a fun video all-around, and perfectly in-character with one of the most lovable players in the rap scene.