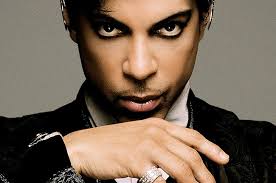 I’m not even going to try cranking out an obituary for Prince, who died unexpectedly at age 57 Thursday. There’s already a tremendous amount of excellent writing out there marking this terrible and frankly surreal tragedy. So as staff Princephile, I’m just going to stick with a few thoughts on the great man, his music, and how it changed my life:

I was a little too young to truly appreciate 1999 and Purple Rain when both took over the pop world in 1982 and 1984 respectively. I liked the singles and videos but I wasn’t tuned in enough to be down with Prince when he broke big time. But five years later I was a full blown teenager and in love with Tim Burton’s Michael Keaton/Jack Nicholson Batman movie, and I had no choice but to get both the Danny Elfman score and Prince’s album of original music for the film. In retrospect it was hardly his best or most visionary work, but I was blown away by the fact that one man was responsible for just about every sound I heard on those songs, with the exceptions being the Sheena Easton duet, the orchestral parts, the horns, and the Kim Basinger moans of sexual ecstasy (which legend has it Prince was responsible for too if you know what I mean) … everything else however came from one man. The words “Composed, performed, and produced by Prince” changed my life.

This was clearly an artist that I had to hear more of, and at some point that summer of 1989 I found a Prince & The Revolution cassette I could borrow from the downtown library, his 1986 Parade, the soundtrack to his frankly regrettable second film Under The Cherry Moon. The album itself was anything but regrettable; it was a seemingly instant and timeless classic of psychedelic funk, frisky piano jazz, and the unrestrained and liberated majesty of Prince. Jams like “Christopher Tracy’s Parade,” “New Position,” and “Mountains” made me feel I was listening to music properly for the first time in my life. The gorgeous sounds, the incredible colors I heard, and the sheer freedom found in every song converted me, a shy and somewhat introverted teen, to the Church of His Purple Majesty. Prince was all about liberation, and he didn’t care what anybody thought, the consumate outsider who bent the inside to his will. Yeah, in some ways I lived vicariously through Prince. Who wouldn’t?

I eventually worked my way back through his catalog while consuming each new release on that incredible annual basis that was the Prince norm from 1978 to 2000. I patrolled record shows for bootleg Prince tapes, and used that early Internet throughout college to trade tapes and later cdr’s. Some Prince fans would even do 2 for 1 trades (you send them 8 tapes/cdrs to get 4 back with Prince rarities or live shows on them). I had a crappy umpteenth generation copy of his legendary Black Album, a studio album pulled from release by Prince because he thought it was too dark and replaced by the exuberant and deeply religious Lovesexy. In no uncertain terms, Prince made me the music obsessive I still am today.

I worshipped at the alter of Prince. I marveled at his spectacular instrumental virtuosity and pondered life, the universe, God and everything through his music. The man was on  a musical, spiritual and philosophical journey, and I soon twigged to the fact that Prince’s albums followed a clear progression thematically and musically from his 1978 debut (For You) through Graffiti Bridge from 1990 (sadly another fine album for a lousy Prince movie). Across multiple masterpieces the guy was chasing answers to big questions about God, sex, and living in a world so cold, while exploring r&b, funk, rock, jazz, gospel, and eventually hip-hop through his own idiosyncratic genius. His music made you (made you!) grow as a person, and Prince rewarded you for your ongoing patronage.

After years of digging live shows on tape,  I finally saw Prince live in 1997 at the Marine Midland Arena, and as you can imagine it was pretty bloody awesome. He’d just started out as a Jehovah’s Witness so he wasn’t playing his naughtier songs, but it was still pure revelation watching Prince conduct his band with mind boggling precision and the crowd throughout the evening. We performed for him while he performed for us, and that was some of the holiest communion between artist and audience I’ve ever experienced. I also wouldn’t hear that many female orgasms going off at a show until Father John Misty’s show at the Town Ballroom last year.

As time went on my unrestrained ardor for Prince got a little restrained as his ongoing output didn’t match his earlier masterpieces and my musical ardor branched out and got shared around. Other bands began to speak to me the way Prince used to, and while I kept on eye on what he was up to, I got into indie a lot more in the aughts while augmenting my classic rock CV. But the Prince collection I’d collected over the years was still there me, and to be honest his 2007 Super Bowl halftime show made me cry, overcome by almost 20 years of feels. It should also be noted that the last three albums showed that he still had fire in his belly, commenting directly on the increasingly fragmented world breaking down around him.

Thankfully Prince’s art will live forever in this new post Prince world we now live in. Because he was Prince, very, very little in his 37 year spanning catalog sounds dated, and most of it sounds utterly timeless, a veritable genre unto himself, and besides, there’s hundreds if not thousands of unreleased songs in his vaults that will hopefully get released posthumously. At his peak Prince cranked out a song a day and 2 or 3 albums a year (with only one getting released a year), and a lot of those songs are as good if not better than the music we’ve gotten from Prince in life. He was .500 at the movies, but the semi-autobiographical Purple Rain and his 1987 concert movie Sign O The Times stand as audio visual masterpieces, and as bibles of pure coolness.

But Prince himself isn’t with us anymore. It still feels unreal. Bands come and go. Talking Heads and R.E.M. eventually broke up, and U2 has drifted into rubbishness, with Prince however you really felt like he was going to be there for us forever. He felt like an elemental force, and with his clean living and spirituality you could see him in his 80’s still blowing minds 60 plus years into his career. That won’t happen now. He’s gone, and to put it simply, the world feels a whole lot emptier without him.

Maybe though it falls to the rest of us to fill that emptiness so many are feeling. Musicians and artists will create music and art, and for those on the other end of that equation, we have to take that art to our hearts, and embrace art and the beauty of this world. Like Prince, we can stand up for social justice, embrace difference, and speak out against the ills of this world, and we can try to be add instead of subtract to the human experience and the amount of love in the world. And, like Prince would’ve wanted, we can dance.

Prince’s April 14th show from Atlanta has found it’s way onto Soundcloud. I am incapable of having anything to say about this.

Prince was brutal when it came to his music and videos being streamed or shared online, but this full show from January 1982 from Passaic NJ has escaped his wrath, and this snapshot of an artist on the cusp of mega stardom is a captivating must watch.