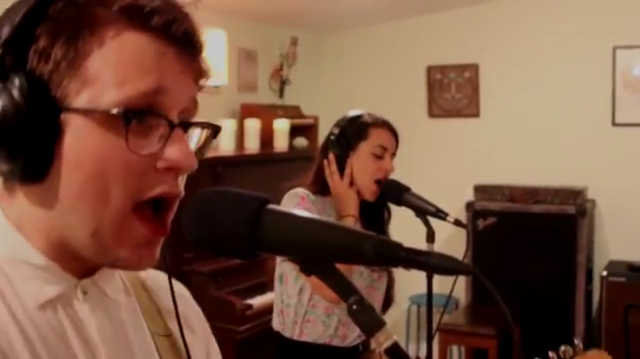 Though its gritty garage punk sound is poppy enough to dance to, Skirts also have this old-fashioned, summer heartbreak sound that’s hard to get out of your head. The Rochester-based band released an 1809 Session for the track “Swimming” late last week, making it the latest installment in the series.

1809 Sessions is a recurring video series filmed at 1809 Studios in Macedon, NY that has recorded live sessions for a variety of Rochester and touring bands. With the popularity of visuals in the music realm rising, tons of bands are filming live sessions these days. That being said, not every band’s energy translates well through video, but that doesn’t seem to be a problem in the slightest with Skirts.

The band has plans to release a split EP with garage-pop band Comfy from Utica through Miscreant and Dadstache Records. Keep your eyes and ears peeled for that in early August. In the meantime, check out the other 1809 sessions on Youtube. They’re all very worth the watch!