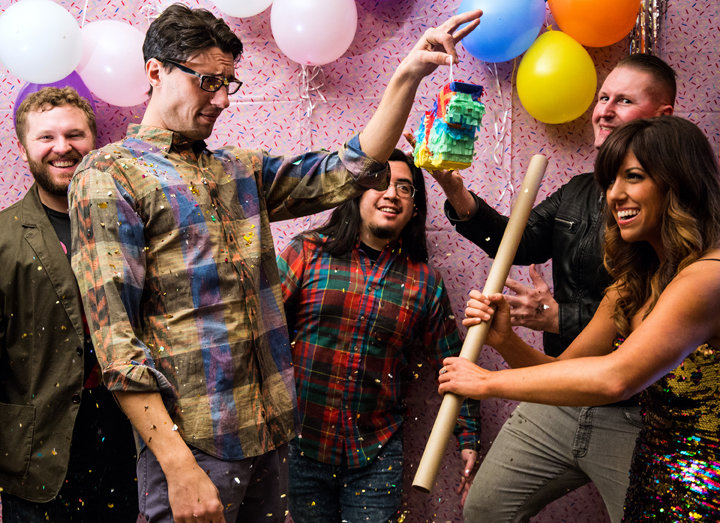 Surf’s up at Milkie’s tonight with featured band Forager! Described as a “surfgaze” group, Forager originated in 2016 Cleveland, Ohio with mainstays Raye Hart, James Thain, and Justin Bellino. The group has gained notoriety among college radios and indie bloggers following their first EP release this past February. Deadbeat Suite is a classic vivacious “feel-good” album with one catchy track after another. The driving hooks and bouncing rhythms instills the urge to get up and dance like Uma Thurman and John Travolta in cult classic “Pulp Fiction.” The major tones throughout the album bring a sense of serenity and blissfulness. There’s nostalgia for a time and music genre that seems to have fallen by the wayside over a number of decades. It’s time for a revival with bands like Forager.