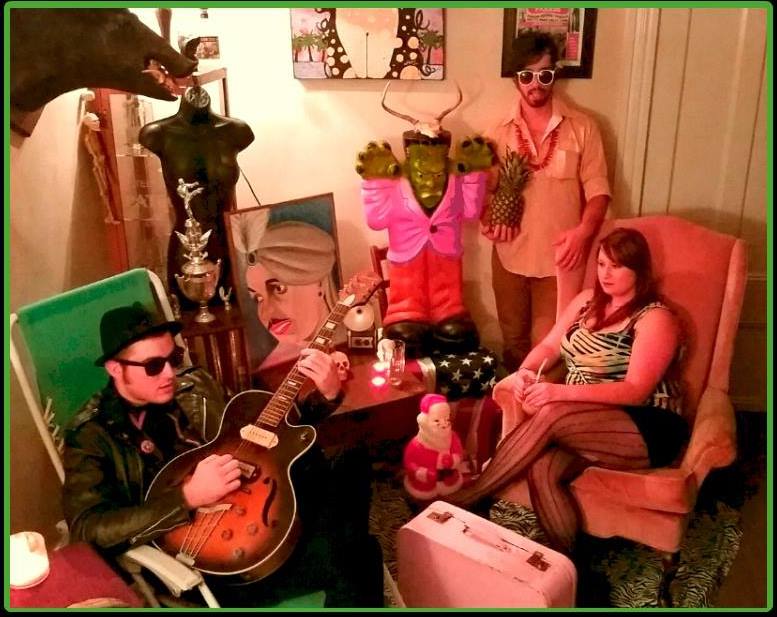 I last saw Harmonica Lewinski at our fourth birthday party, and I was struck by just how good they were at what they do. There’s some apocryphal story about the Clash that’s relevant. I can’t find it for fact-checking, and maybe I dreamed the whole thing, but it went something like this:

Joe Strummer, let’s say, gathers the whole crew in their practice space. He says it’s time to get serious about who The Clash is and what they’re trying to do. He draws a line on the ground in chalk, or something. On one side of the line: the members who view themselves as entertainers. On the other: the members who view themselves as musicians. Tense moment, until Paul Simonon sticks his little English tongue out and plants one foot on either side of the line.

Probably didn’t happen. And when faced with that kind of decision, most people in bands would probably claim that they’re going for both. That said, it’s hard to balance the two and still do both well. It can be boring as hell to watch a virtuosic guitar solo, and there’s a reason we only remember Flock of Seagulls for their haircuts.

My point is that Harmonica Lewinski legitimately does both well. There was a reason a bunch of people came out in a freak(ish) March snowstorm to catch them. They’ve got style, they’ve got grace, they’ve got tunes and an extremely recognizable aesthetic. I’d wager that if you come to our Rochester show and don’t know anything about the acts other than the names, you’ll know exactly who Harmonica Lewinski is as they walk out on to the stage. Just a wager.

Show is Saturday at 8:00 at the Bug Jar. Facebook event here. Check out some Harmonica Lewinski tunes below.