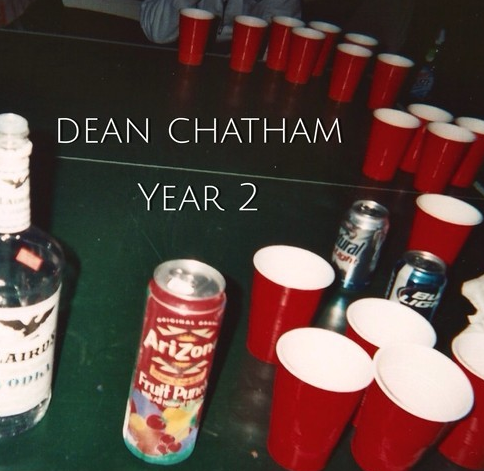 College is a fun time for so many more reasons other than partying. In my experience, every decision you make either means nothing or ends up being way more important or influential than you could’ve ever imagined. New Buffalo-based rapper, Dean Chatham, has taken off with this idea of sorts on “Year 2.” Drawing inspiration from his experiences a year and a half into his Wake Forest education, Chatham jumps between his drive to succeed as a student and the inevitable urge to live the college life, especially being that he’s now a rapper. Chatham condemns himself and his classmates at times on the track for their university vices, rapping “My generation livin’ too fast, drop class for shot glass, I’ll be lucky if I pass.” But he knows he’s as scatterbrained and undecided as any 20 year old, going on to say “I’m in college, young and reckless is a promise, I ain’t drink if I ain’t vomit,” embracing the party of college.

Dean Chatham’s flow is crisp and on point, especially for someone newer to the craft. He also concocted a really smooth hook on here, to accompany an already laid-back instrumental from Miles Jordan. “Year 2” comes ahead of a five-track project in the works by Chatham, titled Dean’s List. Check out the track below, and stay tuned for more from the Buffalo artist as he heads back down to North Carolina. Mellow beats and thoughtful lyrics never hurt anyone.